ASP.NET OData 8.0 Preview for .NET 5 is Released but with Breaking Changes

Sabari M
ASP.NET Core OData preview version 8.0.0 is released by the OData team. This is the first version of OData support for .NET 5. This release contains important updates and configuration changes.
Share

ASP.NET Core OData preview version 8.0.0 is released by Microsoft's open-source OData on nuget.org. It is the first version of OData support for .NET 5 especially for ASP.NET Core 5. This release contains some important breaking changes such as model builder separation, namespace changes, and configuration changes, etc. The routing mechanism is also changed a lot when compared to the older version 7.x.

OData (Open Data Protocol)  is used for creating and consuming queryable and interoperable REST APIs in a simple and standard way, OData was initiated by Microsoft in 2007. 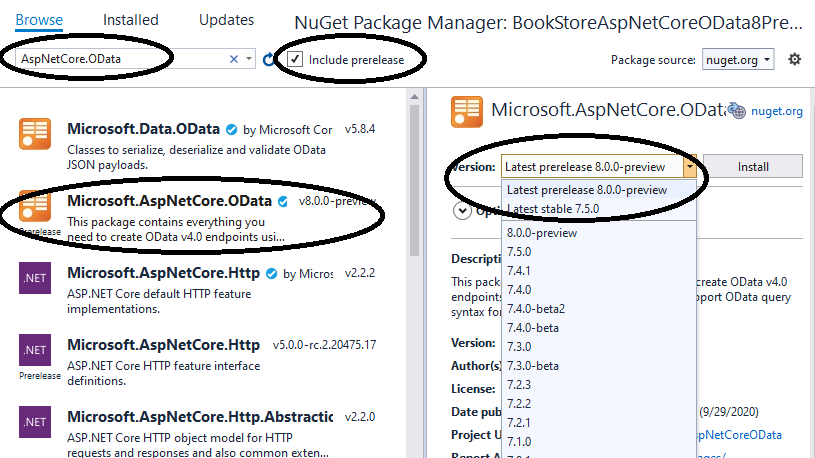 IT professional with 15+ years of experience in Microsoft Technologies with a strong base in Microsoft .NET (C#.Net, ASP.Net MVC, ASP.NET WEB API, Webservices,...Read More