PowerShell 7.1 Is Now Available in the Market

Sabari M
The latest version PowerShell 7.1 is supported for the same support timeline-like .NET 5. Various improvement works are still ongoing over the last 12 months and built outside of the PowerShell repository.
Share:
Share

PowerShell 7.1 is now available in the market

A configuration management framework by Microsoft that contains, scripting language and a command-line shell is known as PowerShell. Microsoft has announced the latest version of PowerShell 7.1 which is the extension of the previous version 7.0 which works as cross-platform task automation. In March, the 7.0 version of PowerShell was available and this new version will be able to fix various glitches and drawbacks with different improvements.

There were several requests for the addition of new features and bugs were also identified in some communities which are now fulfilled and fixed by the PowerShell team. To fix the issues of the community by doing additive changes and improvements of quality-of-life, the PowerShell 7.1 is introduced without performing any breaking changes or by introducing instability. Through this version, users will be able to manage hybrid cloud and heterogeneous environments. After the addition of PSReadLine 2.1.0, predictive IntelliSense is also included in this new version. Even after the announcement of PowerShell 7.1, Microsoft has shown its commitment to keeping PowerShell as a performant and stable platform. 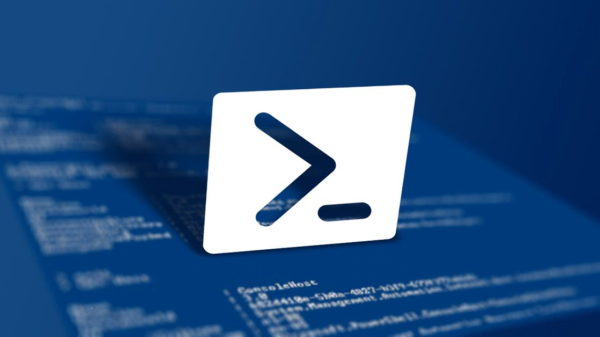 The latest version is available for the users in GitHub. The facility of getting the latest version of PowerShell is also available in the Microsoft Store on Windows 10. This cross-platform edition of PowerShell is very modern and built on top of .NET 5+. PowerShell 7.1 can support OS like macOS, Windows, Linux. The main facilities are parallelization, SSH-based remoting, language feature and new operators, support for Docker containers, etc.

Users who already use PowerShell can move on to PowerShell 7.1 for new mechanics and benefits. Under the policy of Microsoft modern lifecycle, the latest version PowerShell 7.1 is supported for the same support timeline-like .NET 5. Various improvement works are still ongoing over the last 12 months and built outside of the PowerShell repository. In the gallery of PowerShell, most of the works will be included but some will be also included in the project of PowerShell once it becomes stable enough and matches the expectation bar of its 7.1 version.

The future planning by the PowerShell team is to provide universal access using the SecretStore module and on proxying negative commands like “kubect 11” doing experimental work. To achieve the satisfaction of the users and fulfilling the market demand, there are several paths to give feedback by the users about their desired feature, or also they can report bugs.